It’s March already, and as I’m sitting here in London thinking back to our British farming experience in February, I can’t help but notice the snow on the ground and think about how that’s affecting things < 100 miles away on the farm.

February wasn’t a simple day to film, it was cold, incredibly wet and another early start. What’s counter intuitive though, is as this project is progressing, I see myself enjoying the thought of filming more and more. Not because I’m excited for the content (albeit I am), it’s more because I’m enjoying the experience of being out in the countryside, and spending a bit more time on the farm.

I wont pretend I know everything that happens on a farm in February - because I don’t, but what I do know is it’s very similar to January. The winter feels a little more real when you’re out in the elements and not in a studio in London. It affects how you work, how the animals are and therefore a farmers job.

I lost count of how many times I’ve said / heard that now. Feeding and littering. During the colder months, a lot of the animals are ushered in barns to keep warm, safe and out of the elements. This isn’t so important for sheep (wool ‘n’ all), but cows are heavy. They damage the land if they’re left out, which means they damage their time outside the following year. There’d be less grass to graze, and less hay to harvest for the following year.

Because of that, looking after 70 or so cattle in barns shoots right up in the list of responsibilities. We needed to make sure the cows had a bed for the night (which happens every day) across 4 barns. This means scattering straw. Then it’s feeding - they have a meal prepared, we created a mixed bag of food using local oats, protein biscuits, minerals (and all sorts else). This seems on the face of it, to be the food the animals are most interested in.

Then comes hay / silage (fermented hay), which cows treat like grass. They’re essentially constantly eating - which is similar to how they are in the summer months!

Interestingly, we’re not supposed to have lambs this early. It’s a bad time because it’s so cold! Ideally British farmers want to welcome them to the world in the spring time so they’re born when the weather is warming up so they’re more comfortable and can be out in the fields when they’re strong enough. We met some early lambs, because there was a little incident with escaping sheep in September last year.

The biggest job of the day, was around moving pregnant ewes (female sheep) in from the fields and into the shelter and making sure they’re happy, healthy and ready to give birth. They were given a pretty rough and ready medical to ensure they’re going to be okay for the next few weeks.

So it was a fun month - plenty happening and exciting times ahead with lots of new lives expected very soon (within 3 weeks or so). Fingers crossed we have a smooth journey into March. 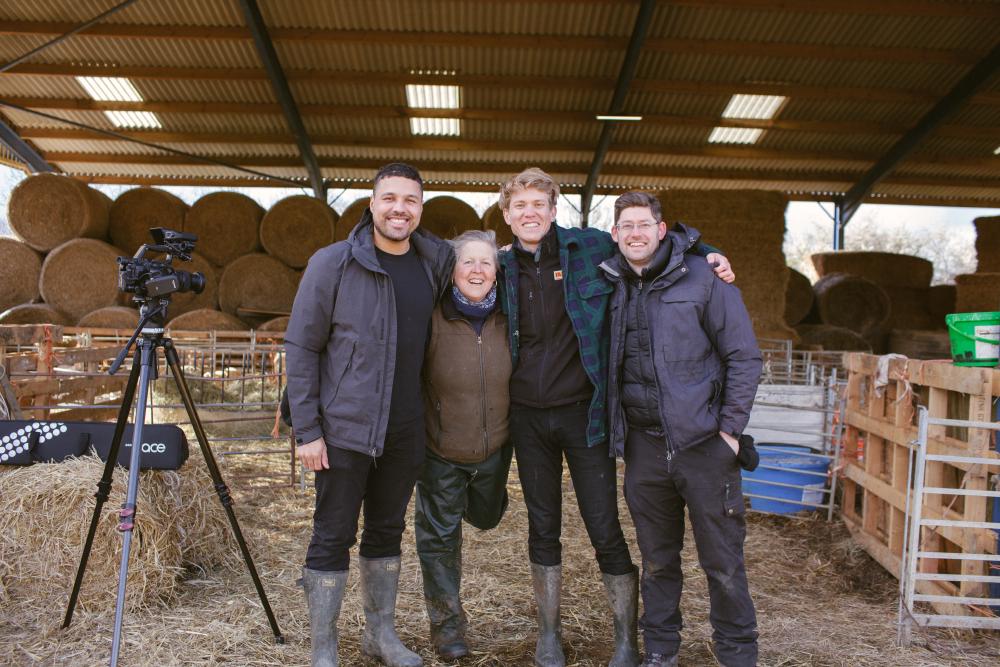